Game 2, Bradford Blues – 2, Penetang – 0, as the team stepped up their defensive effort – and held the opposition to 7 goals against, in its 4 remaining games. 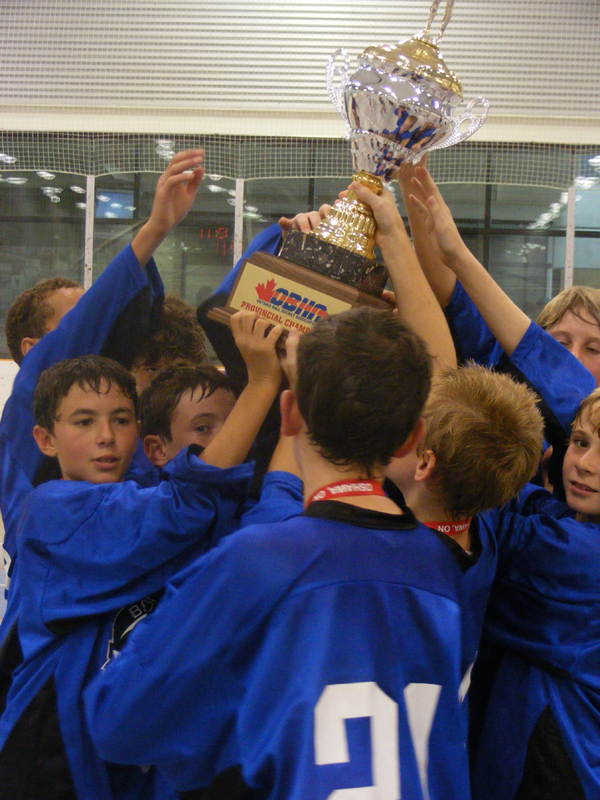 Bradford went up 2-0 in the 1st, but West Hill tied it up before the period ended. Bradford then restored the 2-goal lead in the final period, for a 4-2 score. West Hill added a marker, but Bradford held the line, with solid defence and stellar goaltending, for the win – and the club's 2nd-ever Provincial OBHA title.